IP Ratings are internationally accepted standards that are used to designate an object’s resistance to ingress of foreign materials such as water.

It seems that many of us don’t really know what these IP ratings mean. IP ratings define the degree of Ingress Protection an item has.

It is a standard developed by the International Standards Organisation. Various national standards organisations have adopted this standard, in some cases with some variations.

An IP Code consists of the letters IP followed by two digits, or one digit and one letter and an optional letter. By definition, the IP Code classifies and rates the degrees of protection provided against the intrusion of solid objects (including body parts like hands and fingers), dust, accidental contact, and water in mechanical casings and electrical enclosures.

i.e. equipment with an IP Rating (IP Ratings) of IP 65 is totally protected against dust penetration (6) and jets of water (5). 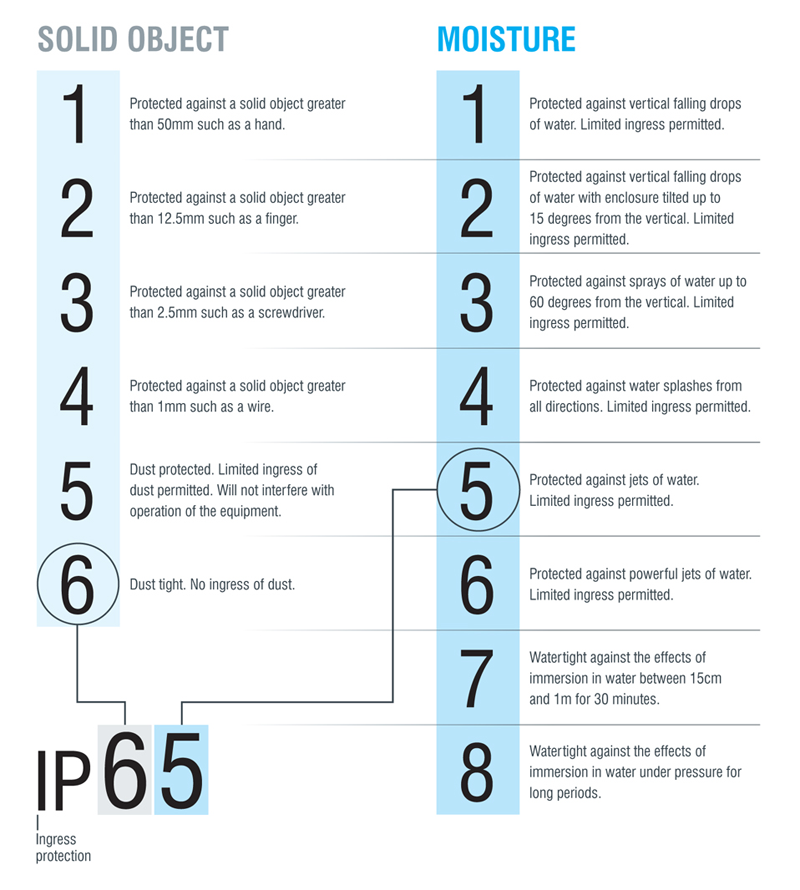